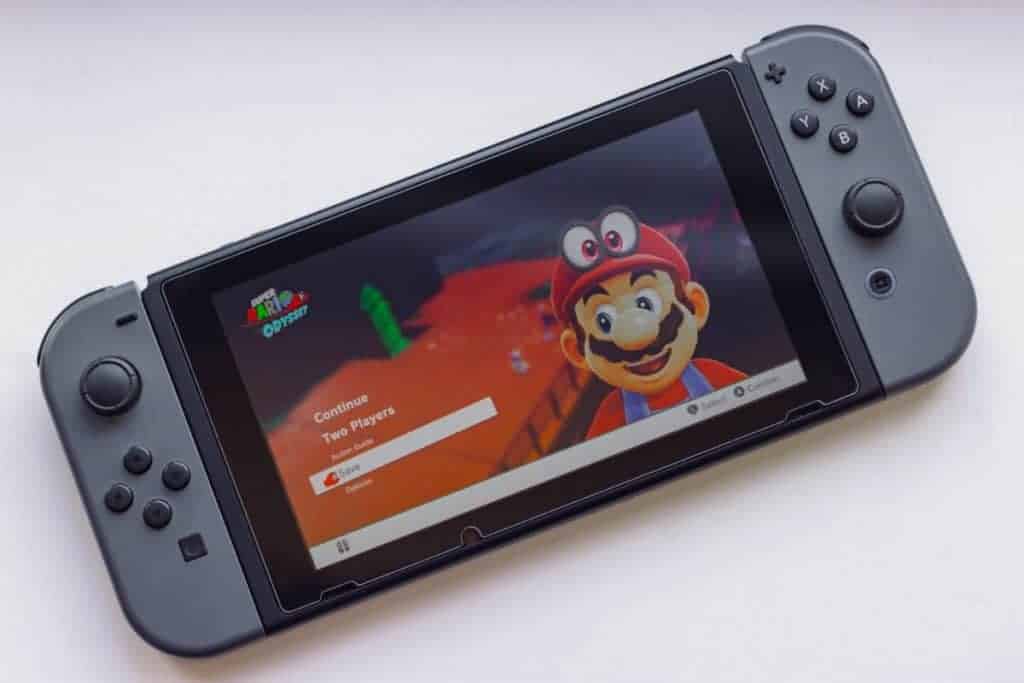 The Nintendo Switch can be a confusing console to wrap your head around. Is it a handheld or a console? I wondered this myself so I have researched the internet trying to find an answer to this problem.

Just what exactly it is? Well you will find out

The Nintendo Switch is the first of its kind, a true “hybrid” between a console and a handheld device that allows you to take AAA home console experiences on the go. The device has a TV dock that easily allows you to “Switch” from playing on the TV to playing on handheld and back again.

Nintendo has recently released a dedicated Switch handheld device called the Nintendo Switch lite in September 2019 which you can see in Amazon here but it lacks many features in what makes the Switch so special.

The Nintendo Switch is the first of it’s kind and it’s super revolutionary and likely will change game design forever. I will speak about what makes it so special and will further analyse if it’s more a console or a handheld.

Are you ready? Let’s go!

What Makes The Nintendo Switch So Special?

Whilst the Wii U was a flop commercially selling only 13.56 million copies but its tablet hardware was the backbone for the Nintendo Switch.

The Switch is special because of it’s portability not only can it act as both a home console and portable system, “switching” between both is an effortless experience. You can even detach joy-cons from the handheld for easy multiplayer on the go as they are each separate controllers.

For the money at around $300 you get a powerful system that can work with current generation games like DOOM & The Witcher 3 and enhanced ports of previous generations titles such as Skyrim.

For Smartphones and tablets to have comparable power you need to spend a lot more money than $300. Whilst laptops are an option. they are far less portable than the Nintendo Switch, and again to run a game like Skyrim, for example, they would need to be quite expensive.

Unlike the Wii U, the games released near or on launch in 2017 are some of the best games ever made such as Zelda: Breath Of The Wild & Super Mario Odyssey and excellent titles like Super Smash Bros Ultimate.

The Switch has a superb variety of games from FPSs to RPGs and has tons of Japanese developers rushing to port fantastic titles such as Dragon Quest XI and original titles like Octopath traveller.

However the ability to be enjoying a cinematic gaming experience on your TV in Breath Of The Wild, and take the Switch and play the very same game on your commute or even a plane is something that distinguishes the Switch from the PS4 & Xbox One.

Now, let’s take a look at what makes it more like a handheld.

Why Is The Nintendo Switch A Handheld

The Nintendo Switch has a 6.2-inch screen which is the same size as the Wii U GamePaD and nearly the same length as the iPhone 7 Plus which has a 5.5-inch screen.

However, it is a lot bigger than a phone as the joy-cons add a lot of additional size and it’s the same length as an iPad Air (9.4 inches). It’s still quite portable and will fit in a lot of small backpacks and even a large women’s purse, although it won’t fit in a trouser pocket but maybe in a large jacket pocket.

Since you can play it on the train or a plane this suggests it’s a handheld. Nintendo has always been the number 1 at handhelds, with the Game & Watch first bringing the masses electronic handheld gaming with the Game Boy & Nintendo DS being some of the most successful consoles of all time with over 260 million solves together.

Even Nintendos biggest franchises Zelda & Mario translate quite well to handheld gaming, but Nintendo has numerous franchises that are custom-built for handheld gaming such as Fire Emblem, Pokemon, Animal Crossing that are perfect for gaming on the go.

With the Switch, up to eight players can join in on one Switch, making massive Super Smash Bros & Mario Kart gaming sessions a possibility. This makes it the perfect family system as the whole family can join in on the fun or it can be used for family gatherings.

However, what makes it special is the system is still capable of playing home entertainment console games such as Skyrim & The Witcher 3 on the go which is a fantastic gaming achievement as this was never possible beforehand.

Perhaps the Switch is best described as a handheld that is powerful enough to play on your TV rather than a portable console. The Switch can never compete with Sony & Microsoft on the home gaming front as they are simply the best systems to play multi-platform games but that’s not what the Switch is.

The Switch is special as it replicates these big-budget home console experiences on the go which was the next step for the constant bustle of modern society. The Switch is ideal to play on a commute because it’s empty time where you wouldn’t be doing much else anyway,

Difference Between A Nintendo Switch/Switch Lite

I’m sure you heard of the Nintendo Switch and the Switch Lite and wanted to know the differences. Well, here they are!

The Lite’s screen is 0.7 inches less at 5.5″ compared to the original Switches 6.2″. Although it is smaller is it still large for a handheld console and much larger than any DS model or the PS Vita.

The reduced size does make multiplayer gaming a little more awkward though.

The Switch Lite has no detachable joy-cons as the function of removing the joy-cons have been removed.

Whilst joy-cons can still, in fact, connect to Switch Lite they cannot be slid on and off.

You would think the joy-cons being gone makes your console a simple boring grey, as the original Switch has tons of different joy-con options to customise your console to exactly how you’d like it.

This isn’t the case as the Switch Lite comes in 4 different colours, yellow, navy blue, turquoise and a special Zacian and Zamazenta Edition Pokemon edition.

One of the best features of the Switch was the ability to easily “Switch” from a home entertainment system to a handheld console, which truly makes it a hybrid console.

Sadly it is impossible to connect the Switch Lite and the handheld cannot broadcast to HDMI, making it solely a handheld device.

The Switch allowed players to remove their joy-cons and use the kickstand on the back of the Switch to allow the Switch to be played on a table which his ideal for multiplayer scenarios.

Sadly since you cannot remove the joy-cons the Switch Lite lacks a kickstand so you are stuck using the system in handheld mode.

The solution is you buy a vertical stand for your Switch/tablet so you can play on a table with friends just like the original Switch. Check out the Nintendo officially licensed Hori to play stand right here from Amazon

You may ask why did Nintendo make these changes? Nintendo needed to sacrifice many features that fans loved to make the Switch lite a more affordable, more portable and the most comfortable way to play the Switch in handheld.

It is ideal for anyone who wants to enjoy the Switch at a lower price tag who doesn’t care about playing whilst docked. It is also way more comfortable for longer gamer sessions and far more portable fitting in most purses and large pockets.

Certain Games Are Awkward To Play

Whilst there are some fantastic games on the Nintendo Switch, the Switch Lite will play most of them without issue but there are some that will prove somewhat challenging.

Most Switch games were developed with a larger screen in mind so it might be awkward to see what’s going on with the Lite, and certain games are designed with detachable joy-cons in mind which of course will prove troublesome with the Switch,

The Switch Lite Has A D-Pad

Whilst the Nintendo Switch has joy-cons that have a d-pad such as this officially licensed Hori D-pad from Nintendo(get from Amazon here) the Switch in house joy-cons lack a d-pad.

The issue was a lot of arcade games & older games greatly benefit from a d-pad namely fighters & platformers. However, with the Switch Lite, this isn’t a problem as the handheld comes with a d-pad out of the box meaning using the Switches joy-sticks for fighting games a thing of the past.

Can the Nintendo switch lite be docked?

No Unfortunately the Nintendo Switch Lite is a dedicated handheld console and cannot be docked.