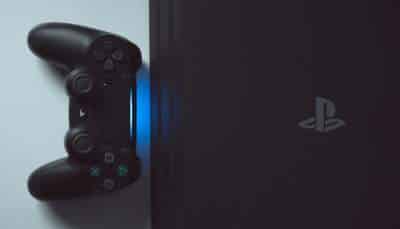 The PS4 and PS4 Pro are last-generation consoles now, but you still might be interested in building a similar PC or outperforms these consoles. To do that, you need to know about the parts that you need to pick. So first, I will go over the CPU and GPU inside the PS4 and PS4 Pro, along with their PC equivalents.

To build a PC similar to the PS4 or PS4 Pro, you need to pick the right parts. Remember comparing console and PC parts is not an apples-to-apples comparison.

Console hardware is custom-built for a single purpose, that is, gaming. On the other hand, PCs are multi-functional, and the CPU and GPU combinations are almost limitless. Developers optimize their games for consoles, which is rarely valid for PC unless a version is made for PC from the ground up as Bungie did for Destiny 2. I have broken down equivalent CPUs and GPUs below.

Take a look at the equivalent GPUs & CPUs for PS4 & PS4 Pro on Amazon below.

What GPU Is The PS4 Equivalent To?

On the Nvidia side, I recommend the GTX 1650 SUPER, which features 1280 CUDA cores, a base clock speed of 1530 MHz, and a boost clock speed of 1725 MHz. You also get features such as Nvidia Ansel and G-Sync.

Are you interested in achieving 120 FPS but not sure if it’s worth the investment? See my article where I go into detail on why it’s the best FPS.

What CPU Is The PS4 Equivalent To?

The AMD FX 8120, underclocked to 1.8 GHz, is the rough equivalent to the CPU inside the PS4. The CPU has eight cores, just like the PS4 and the base clock speed is 3.1 GHz with a max boost clock speed of 4 GHz.

The PS4 was released back in 2013, so the CPU is pretty dated at this point. However, pretty much any modern CPU will be able to beat the performance of the CPU inside the PS4.

The FX 8120 is an old CPU, and you might not be able to find a compatible motherboard to go with it even if you do find one of these CPUs if you are looking for something recent that I recommend the AMD Ryzen 3 3100 that you can get for a bargain on Amazon.

The processor only has four cores and eight threads, but that is plenty if you want to hit 1080p 60 FPS in all games. The CPU has a base clock speed of 3.6 GHz and can boost it to 3.9 GHz. It also comes with the Wraith Stealth CPU cooler out of the box.

On the Intel side, I recommend the Core i3-10100 that comes with four cores and eight threads. The CPU has a base clock speed of 3.60 GHz and can boost it to 4.30 GHz. The CPU is based on the 14 nm process and comes with a CPU cooler out of the box.

What Is The PS4 Pro GPU Equivalent To?

The PS4 Pro targets 4K 30 FPS, but in most cases, the resolution is not native, and the image is upscaled using the checkerboarding rendering to see if the PS4 Pro 4K is true four; please read my article.

The Nvidia GTX 1060 3GB variant has 1152 CUDA cores, a base clock speed of 1506 MHz, and a boost clock speed of 1708 MHz; this s a graphics card that I have personally owned and have run Forza Horizon 3 at native 4K with tweaked settings.

What Is The PS4 Pro CPU Equivalent To?

The CPU inside the PS4 Pro is the same as the base model PS4; it just has a higher clock speed going from 1.6hz to 2.1Ghz. So even though the PS4 is an inter-generational upgrade, it uses a CPU from 2013. making pretty much any recent CPU perform better than the PS4 Pro.

Since you cannot get the AMD FX-8350, I recommend getting the Intel Core i3-10100 or the AMD Ryzen 3 3100. These CPUs come with four cores and eight threads; you can grab them for a bargain on Amazon above.

Have a gaming PC and are curious about how long it should last you? I wrote an extensive post on the topic that I recommend you read.

Comparing the performance of a graphics card such as the GTX 1050 and the PS4 Pro is not an apples-to-apples comparison.

The PS4 Pro has a custom GPU that is designed for just gaming. Not to mention that individual games are optimized for consoles to take maximum advantage of the hardware; you just need to see how good games like God Of War and Last Of Us 2 look on last generation hardware.

Performance is going to differ depending on the game that you play. The GTX 1050 will be the clear winner in competitive titles such as Counter-Strike or Overwatch. Still, the overall experience can be better on the PS4 Pro when playing a cinematic game such as Death Stranding that prioritizes better resolution.