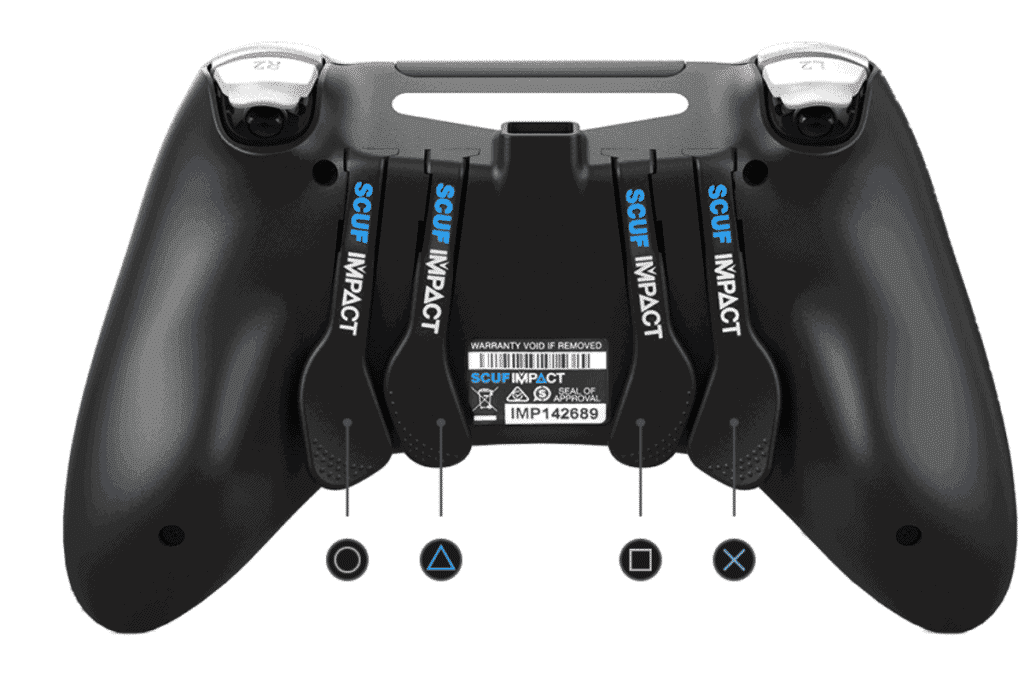 As someone who was born and raised on console first-person shooters, I know a thing or two about how to optimize your gameplay. So when I tell you that skill can only take you so far, I mean it. If you want to be at the top of your game, you need the right tools.

SCUF controllers are worth for the best FPS experience. They offer a paddle control system for better control of both thumb sticks whilst using customisable back buttons and changeable thumb-sticks. SCUF controllers are trusted by more than 90% of E-sport professionals.

Want the best controller in the market? Grab a SCUF controller yourself and join the gaming revolution on Amazon here.

Your ability to respond to sudden threats can make a massive difference in your gameplay. In particular, FPS titles require you to move or shoot at a moment’s notice, which can be difficult if you’re in the middle of pressing the reload button.

Taking your thumbs off of your sticks using a traditional controller means that you’re going to take longer to respond, so you’re probably going to lose that gunfight especially if your opponent is using a SCUF.

By using a Scuf controller, you’re never going to be caught with your pants down. If you get into an unexpected gunfight, you’re able to move or fire back without having to readjust your hand position.

That’s the biggest advantage of having a Scuf and why all the top-level players use them. Ultimately, you’re buying an extra fraction of a second in every gunfight, which is actually invaluable in competitive play.

Think you have what it takes to become a professional gamer? Learn the true cost of making it in my article

You’re getting these extra milliseconds thanks to the ability of a Scuf controller to map buttons to the paddles on the back. You can use either your middle ringers or your ring fingers to press these buttons.

I don’t care who you are or what you’re playing, but you should always have your reload and jump buttons mapped to two of your paddles.

Nine times out of ten, the reason your right thumb moves off of your aiming analog is to slap a new mag into your gun or to try and jump over something. By mapping both of these actions to the paddles, you never need to take your thumbs off of your sticks again.

It’s even better if you have four paddles, but we’ll talk about that in a minute.

Are SCUF Controllers Worth The Cost?

Scuf controllers aren’t cheap, especially if you’re still a young gun on the grind without a job. $150 is a hell of a lot to drop on a controller, so you want to make sure you’re not wasting your money.

SCUF’s are worth it; I’m going to preface all of this by saying that. You’re going to get better at your game of choice with one, and if you want to play competitively, you need one.

SCUF Gaming is the official controller partner of major gaming leagues like the CDL and MLG and apparently ‘over 90% of pro players use SCUF controllers’, showing they are trusted by pros the world over.

Buying a Sucf isn’t just about performance, though. The level of customization you get on each controller is unparalleled. You’re able to make a controller that actually feels like yours, which is something that I know the console puritans out there will appreciate.

Having said all that, if you’re only jumping on Warzone after work with the boys, then you don’t need one, and it probably isn’t worth the investment for you. At the same time, if you’re working and have disposable income, there’s no downside to using one, even if you’re just a casual player.

The Downside of Scuf Controllers

As much of a fan as I am, I have to tell you about how notoriously fragile Scuf controllers are. If you’re taking your gaming seriously, as in putting in six to eight hours per day, you’re probably going to go through two or three controllers per year. That’s on average, though. $450 on controllers a year? That’s a big cost.

My Scuf controller has only recently just broken, and I’ve had that since 2014. This is by far the longest I’ve ever heard of one lasting, though, and it wasn’t effortless. I sent it back for repairs once, swapped out the R2 button myself, and even swapped the battery pack in it for one in a regular PS4 controller. So if you’re buying a Scuf, it isn’t going to be for life.

Want the quickest internet for the PS4? Check out my post here on how to set it up.

The Scuf Impact is better than the Pro version. It comes with two extra paddles, more customization, and is shaped like the old Xbox 360 controller whilst only costing $10 more.

Scuf controllers are primarily designed for Call of Duty, and competitive CoD is played using PlayStation controllers. The two options you have for the PS4 are the Scuf Impact and the Scuf Pro.

The two controllers function the same in terms of remapping buttons, but the addition of two extra paddles cannot be ignored. It gives you the ability to jump, swap weapons, reload, and crouch without using your thumbs, playing claw, or the old budget-competitive trick of mapping your jump to R3.

The only reason you should ever by buying a Pro over an Impact is if you hate the feel of the Xbox 360 controller.

I should also point out that these two controllers work for PC, as well. So, theoretically, you could use a Scuf to play CSGO. If you ever do that, though, then you have some issues you need to work out.

If you ever suffer from controller lag input lag on PC check out my post here for two ways to fix it.

PS4 and PC may be Scuf’s primary market, but there is a model that can be used on both the Xbox One, as well as the new Xbox Series X and S.

The Prestige is the same as the Impact, except it’s a little bigger and it costs an additional $10. Aside from that, both controllers are virtually identical.

I’ve never been much of an Xbox fan myself, so I’ve never had a chance to use one of these, but once you’ve used one Scuf, you’ve sort of used them all.

Do Scuf Controllers Work on PS5?

SCUF controllers work on PS5 but only with PS4 compatible games. If you’re looking to play a new game on your PS5, then a Scuf isn’t going to work. There has been no word on whether or not Scuf is working on a PS5 model, but it’s likely that we’ll see one soon

While the Scuf Prestige works on the next generation of Xbox consoles with no issues, the PlayStation side of things is a little different.

Can You Get Banned For Using A SCUF Controller?

You cannot get banned for using a SCUF controller.SCUF controllers are widely used by professionals in international leagues. Sony itself has partnered with SCUF to create SCUF Vantage, an officially licensed controller.

SCUF controllers just add additional paddles to allow players to perform more functions at the same time, like jumping and shooting. This improves gaming performance, but it isn’t cheating like a modified controller

SCUF controllers do not offer any turbo functions or follow a script, both of which are counted as cheating as it offers you an affair advantage.