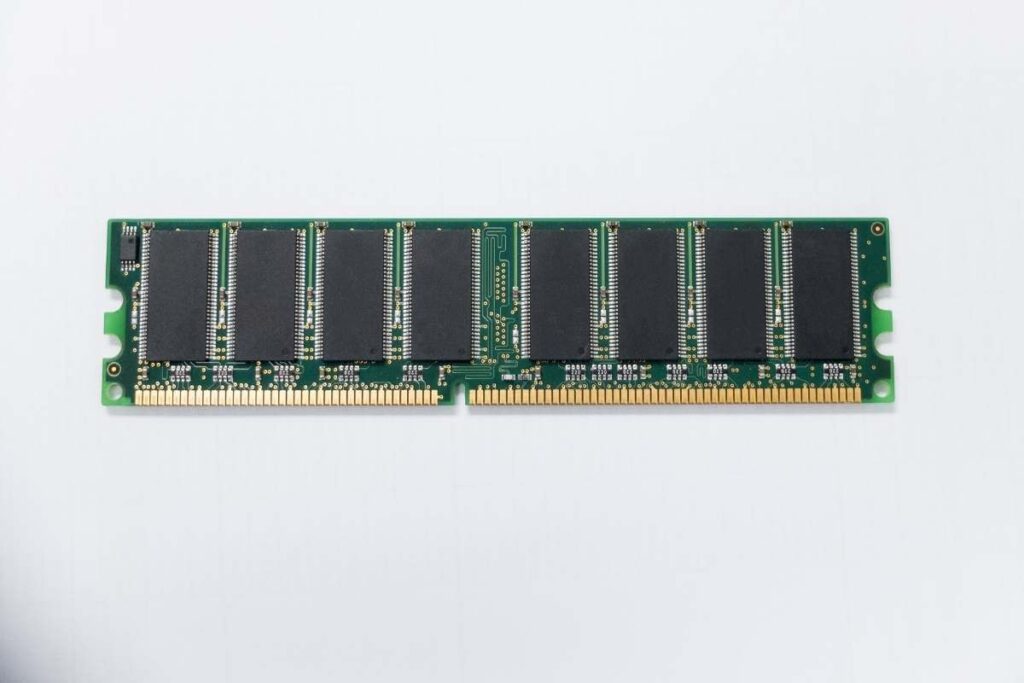 So you’re looking to upgrade your RAM, or you are setting up a new rig and are wondering if 32GB RAM is overkill? Are you wasting your money, or should you stick to the standard 16GB RAM? In this article, you will find out everything and more.

As a general rule, the only reason an average user would need 32GB is for future-proofing. Gaming with 16GB is enough if the RAM is dual chipped and your GPU VRAM is high and you have a fast SSD. Many YouTubers have shown there isn’t a huge difference between 16GB RAM VS 32GB RAM.

However, the answer isn’t so simple games only become more RAM intensive. It wasn’t so long ago that RAM requirements in games were measured in MB, not GB!

Keep reading to get a deeper insight into any benefits of 32GB RAM and if there’s a huge difference between 16GB RAM and 32GB RAM.

Fast RAM Isn’t Expensive! Get Yourself A Bargain!

Will You Benefit From 32GB RAM?

As a whole 32GB RAM will not benefit you if you have enough RAM, to begin with, 16GB RAM is plenty as the majority do not use more than 10 GB RAM. Faster RAM is more important than more RAM but 32GB RAM future proofs your machine.

It won’t hurt to get 32GB Ram but don’t expect the change to transform your setup, ensuring your RAM is faster dual-channel RAM is more important than the amount to check what channel your RAM has see this YouTube video.

Think of RAM as water in a kettle and the game as a cup filling with water with the cup refilled every 30 seconds. The speed of RAM is the hole in the top of the jar. Faster RAM is a bigger hole to pour water. The RAM capacity (16GB,32GB) is the size of the kettle.

Having 32GB RAM is a HUGE bucket of water to fill the cup, but games can’t be filled with that huge 32GB RAM of water most games don’t break 10GB aside from graphically intensive open-world games like Red Dead Redemption 2 that need a 16GB cup to function properly.

Makes sense? See the evidence down below.

Ancient Gameplays(video above) did numerous tests of AAA games including Red Dead Redemption 2 and Assassins Creed Valhalla on Ultra settings and found unless your playing over 120 average FPS the difference with 32 is meaningless.

He found with Ghost Recon Breakpoint 8GB and 16GB will lose a bit of average FPS and 1% lows whilst 32 RAM maintains the 1% lows which is the average of the lowest frame rates 1% of the time.

Red Dead Redemption was playable on 8GB RAM but needed 16RAM to run buttery smooth with 32RAM not making a huge difference.

As PC gamers we spend hours upon hours sitting down gaming a good gaming chair is essential to not develop back problems later in life. See why they’re worth it in my article.

Can You Even Use 32GAM RAM?

Dawid Does Tech Stuff in the above YouTube video asked his discord how to create false situations to use 32RAM which involved overrunning MineCraft with 98 mods with HUGE render distances and allocating 32 RAM to Minecraft.

How much RAM did it really use? ONLY 12GB RAM! The vast majority of tests in the above video found no difference between 16GB and 32GB 16GB is plenty for all games, Doom Internal a game from 2020 only used 8GB.

Only very specific games like Microsoft Flight Simulator show a noticeable difference between 16GB and 32GB(see video) because the game is literally loading the entire world!

If you have 8GB or 16GB RAM and wonder why your experiencing stutters and crashes then likely your hard drive or GPU VRAM(Video Random Access Memory) is low. If you have a low amount of RAM but a lot of GPU VRAM this prevents crashes.

Conversely, if your CPU VRAM is 4GB but your game needs more your system will compensate by using more RAM if your CPU has less VRAM consider buying 32GB RAM. To learn more about how much VRAM you need see this YouTube video.

If you want to live stream on Twitch and edit recordings of gaming streams then choosing 32GB Ram makes sense. Being able to run and stream games on one monitor whilst answering chat questions, playing music all benefit from a little extra RAM space. RAM isn’t expensive you can get grab future proof RAM like the Triidenz(Amazon) for $120-$170

Is There a Big Difference Between 16 GB RAM and 32 GB RAM?

In total for gaming there is not a big difference between 16GB and 32GB RAM. But if you stream gameplay, talk on a discord chat and listen to music 32GB makes a difference. 32GB for gaming is for future-proofing your system.

16GB RAM is more than enough with AMD or NVIDIA graphics card because of their added GPU VRAM. Cheaper graphics cards that target 1080p like the VisionTek Radeon 5450(Amazon) only have 2 VRAM which require more added RAM to play games.

As shown in this article 16GB RAM is enough for all games upgrading to 32GB RAM is for future-proofing and super RAM intensive games like Microsoft Flight Simulator and for running intensive mods on open-world games like Skyrim.

You are far better off spending money on an elite CPU or GPU especially if the GPU has high VRAM like the fantastic GeForce RTX 3080 from Amazon.

Know how long your gaming PC is expected to last? It’s crucial to understand what components wear out first and what parts you should buy high-end learn the facts in my article.