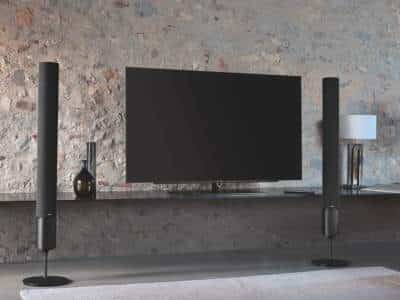 Ray tracing has been the pinnacle of graphics technology since 2018. This new method of rendering light delivers lifelike graphics, which cannot be created through traditional game development methods. However, despite being a concept that’s been around for years, we’re only starting to see the practical implementation of ray tracing thanks to the level of technology available in new gaming hardware.

To get the best ray tracing possible, you need a 4K TV grab one of the best samsung smart TVs from Amazon for a bargain.

Do You Need a 4K TV for Ray Tracing?

No, you don’t need a 4K TV for ray tracing. The PS5 and Xbox Series X | S support ray tracing for 4K and 1080p. While a 4K screen will give you better ray-tracing results, it’s not required.  If you’re not playing on a 4K TV, the console will proportionally downgrade the level of ray tracing being implemented for your screen’s resolution.

Thankfully, you don’t need a shiny new 4K TV to play your favorite games with ray tracing enabled. Screens with lower resolutions can still render ray-tracing light, albeit at a lower level compared to 4K. For example, I remember being blown away by how good the Series S ray tracing was on Call Of Duty Cold War on my 1080p TV, although it would look better in a 4K TV.

If you want a true ray tracing how game developers intend, you will need a 4K screen. Otherwise, you’re going to be getting a diluted version. Your games will still look phenomenally better than if it was running without ray tracing, though.

However, not all non-4K TVs will support ray tracing while most, if not all, 4K screens will. If you’re in doubt, check with your TVs manufacturer, or ask about it in-store, especially if you’re planning on buying a new screen to play ray tracing enabled games on.

If you are on the fence and not sure if 4K gaming is worth it, I recommend you read my detailed post.

Let’s look at how ray tracing works on 1080p TVs, as well as how it interacts with HDR, whether or not it needs HDR, and what the differences between these two graphics buzzwords mean.

Ray tracing does work on a 1080p, but your console or PC will scale down the size and effects o the appropriate output by your console or PC; otherwise, the ray-tracing wouldn’t be possible if the original quality began at 1080p.

If you have a 1080p TV, you don’t have to worry about being locked out of ray tracing. 4k TVs, while being more accessible than ever before, still aren’t particularly commonplace, which means that most developers will ensure their ray tracing games support lower resolution screens.

As you might expect, you’re not going to be getting the same quality of ray tracing as you would with a 4K screen, but you will still notice the difference compared to if you weren’t using ray tracing at all.

You don’t even need to change your software or hardware to get ray tracing on a 1080p screen. The PS5 and Xbox Series X | S will automatically detect what kind of TV you’re using and scale the graphics accordingly.

If you’ve ever wanted to build a gaming PC but are not sure how much it will cost you, please read my detailed guide on the topic.

Ray tracing isn’t the only buzzword with graphics these days. HDR is another phrase you hear thrown around by games companies, so let’s look at how that interacts with ray tracing.

You do not need HDR to run ray tracing. While ray tracing deals with how games render light, HDR deals with color and metadata. HDR will enhance the visuals in your game separately from ray tracing. They are mutually exclusive to one another.

HDR has very little to do with ray tracing. It’s another graphics technology that hardware developers discuss when discussing the performance that any GPU can deliver. As long as your monitor or TV and game can support ray tracing, you don’t need anything else to run it.

HDR stands for high-dynamic range. It’s a series of techniques used to generate greater luminosity on screens, which allows for more accurate color imaging than would be possible with traditional graphic design methods. Ray tracing, on the other hand, is how a game deals with lights and shadows.

HDR isn’t as performance-heavy as ray tracing is. It’s a less hardware-intensive method of delivering improved game graphics, but it will not change a game’s rendering of light the exact way ray tracing does.

Ray tracing renders light beams realistically, allowing for greater accuracy in shadows and reflections that you see in-game. It is used exclusively in 3D modeling, while HDR is usable in photography, film, and game creation.

Not all screens support both HDR and ray tracing. Typically, you’re going to need to choose between the two when you decide to upgrade your gaming setup.

Ray tracing will deliver more stunning visuals in games that generate a lot of light, primarily modern RPGs and AAA titles. At the same time, HDR will give you better all-around graphics due to the increased luminosity it provides.

However, ray tracing can be incredibly performance-heavy than you read more about in my article. If you’re using a gaming PC, your rig might struggle to keep up if you don’t have a high-end CPU. HDR, on the other hand, has little to no effect on gameplay performance.

Both of these upgrades are expensive, so your choice between them should largely depend on what you look for in your graphics. Ray tracing will give you more “wow” moments in games with realistic graphics, while HDR will improve your visuals regardless of genre.

That’s all we’ve got for you when it comes to ray tracing and TVs. As technology evolves and becomes more accessible, we’ll begin to see more and more instances of native ray tracing support. So if you’re not keen on an upgrade now, you’ll likely see more budget-friendly options flood the market in the next few years.

You don’t need 4K for ray-tracing, but you’re giving up on the best gaming experience possible; for a cheaper entry into 4K gaming, check out this fantastic Asus 4K gaming monitor on Amazon below.