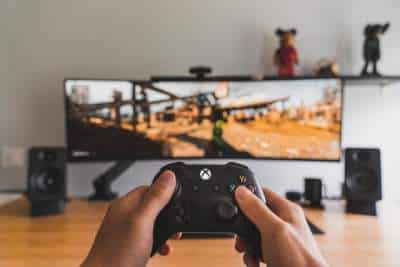 After a long day of hard work, gamers often fire up their Xbox One to enjoy some spectacular titles but, an Xbox One update comes lurking from the corner and it ruins the gaming experience. But is there any way to avoid this unpleasant scenario? Stick with us as we discuss everything you must know about Xbox One updates.

Want to take your Xbox to the next level? See the latest pricing for the best Xbox accessories on Amazon below.

How to bypass Xbox One Update?

Now the Xbox One will be switched over to offline mode and users can now play any offline game without having to download the system update. Keep in mind that these steps would only work if you have the disc of the video games that you want to play. The games that are download digitally may not work in most scenarios.

To switch back the console to online mode, use the same steps mentioned above and the Xbox One will be back online.

Although, upon getting back online, users will have to download the system update if they want to play any games because with the system online, bypassing the Xbox One update is not an option.

Want to take your Xbox to the next level? Check out these 30 Amazing Things You Can Do With Your Xbox One!

Can you play Games While Updating Xbox One?

You cannot play games while updating the Xbox One system update. Apart from not being able to play games, users cannot do anything on their console while their Xbox One is installing the updates. However, during game installations and in-game updates, users can play other games or watch Netflix without any issues.

Microsoft has made it mandatory for users to install the Xbox One system updates before they can play games, especially online games. The system updates for Xbox One are quite important and they can improve the performance of the console as well as bring new exciting features to the console and that’s why it is recommended to install the updates whenever you have the time.

Can bad electricity damage your console? Check out our guide on Xbox One and its Surge Protectors.

Can I play Xbox games Without Updating?

Yes, you can play Xbox games without updating your Xbox One by switching over to ‘offline mode’. But, users cannot play online games because once you’ve switched over to the offline mode, the console will be disconnected from the internet and all the games and apps that require an internet connection will stop working.

I’ve mentioned the best approach to change the status of your Xbox from online to offline above. With Xbox in offline mode, users can play all the single-player games of their choice. However, any in-game updates on add-ons that you get from the internet won’t be accessible until you’ve changed the status back to ‘Online’.

Want to level up your Xbox experience? I suggest you look at my guide on the BEST 25 Xbox One accessories.

Can you do an offline system update on Xbox One?

Users can download the Xbox offline system update (OSU) which allows you to update your console by downloading a file to a USB flash drive and installing that directly onto your Xbox One. You need a USB flash drive with a minimum of 6GB of space formatted as NTFS.

Having Issues with your Xbox Controller? I recommend you check my guide on Xbox Controllers Warranty or how to fix a disconnecting Xbox One controller.

How do I play online on Xbox One without Updating?

Players cannot play online games on Xbox One without updating. They can only play single-player games by switching over to the ‘offline mode’. Microsoft has designed the Xbox One in a way that it won’t be able to do anything until the players have updated the Xbox One to the latest version.

How To Set Xbox To Offline Mode

Internet connection is essential to play online games but once you’ve switched over to the offline mode, you can play single-player games but online games won’t work. In every scenario, users will have to install the update if they want to play any online game.