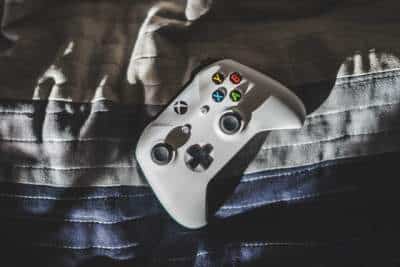 Even the slightest power surge could often total your gaming console. And when you’ve spent hard-earned money on your beloved console like Xbox One, it would be heart-wrenching to see it get damaged by electricity fluctuations.

Want to take your Xbox to the next level? See the latest pricing for the best Xbox accessories on Amazon below

Should Xbox One be Plugged Into Surge Protector?

Microsoft has designed surge protectors for all its consoles, including the Xbox One, Xbox One X/S, and Xbox Series X/S. The older versions of the console, the Xbox 360, also have a surge protector installed in the power brick of the power cord.

Microsoft also explained that plugging an Xbox One into a surge protector is not the best practice because they can limit it from reaching its full potential. After all, the surge protectors can limit the electricity provided to the console. And when the Xbox One is not reaching its full potential, the gaming performance and the longevity of the console will also suffer.

Do you leave your Xbox One on all night? Is it too to do so? I recommend you read my article to understand the answer.

Should I unplug Xbox One during a Lightning Storm?

Unplugging an Xbox One during a lightning storm is the best way to avoid the risk of electrical damage. Even with the Xbox One built-in surge protector, the damage caused to the console in a lighting storm could permanently damage it.

If a lightning storm hits your house in the worst-case scenario, it will cause a significant power surge. Since all the electrical wiring goes through the same mainboard, the power lines could overcharge the electrical appliances, including Xbox One, which can destroy your Xbox’s electrical functions. It will be electrocuted into oblivion.

Want to take your Xbox to the next level? You should read my guide to the best 25 Xbox One accessories.

Can a Power Surge Damage an Xbox One?

A power surge can damage an Xbox One, but it is doubtful due to the in-built surge protector in the Xbox One power cord. But a power failure could damage the console’s motherboard if there were multiple power spikes before the outage.

Even though the power surge protectors installed inside the power bricks can resist a small amount of power surge, a huge spike is extremely dangerous and could cause damage to the Xbox 360 lineup.

Does the Original Xbox One have a built-in Surge Protector?

Curious about the different power cords you can use for your Xbox One? Can you use a PS4 power cord? Learn all this and more in my article.