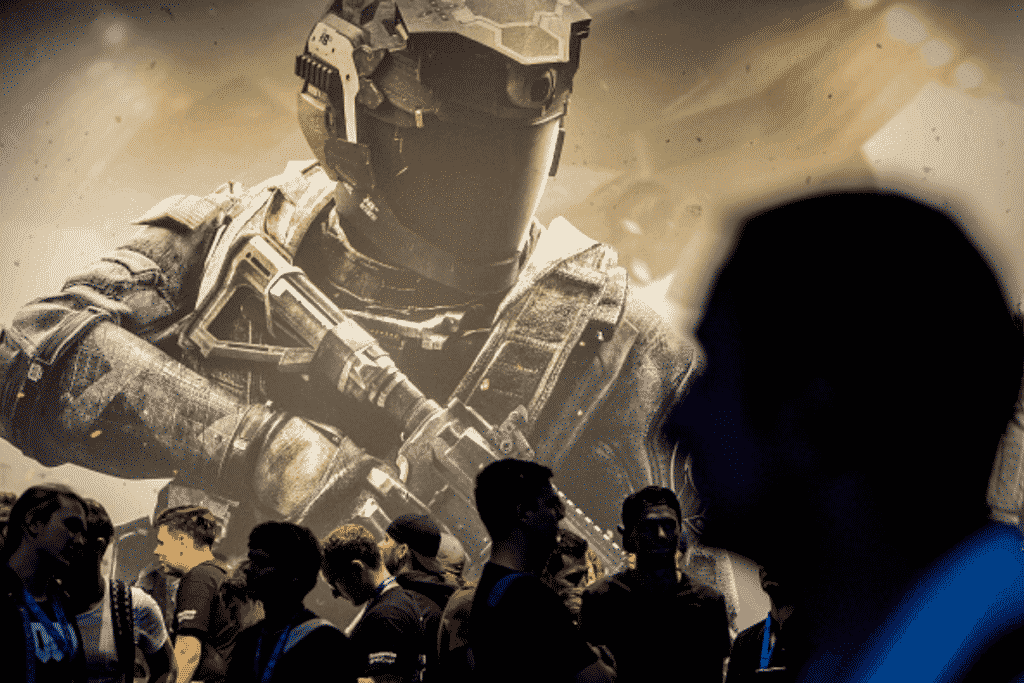 I’ve been playing Call of Duty since Finest Hour. That’s before COD 4, by the way. I’ve been playing the game competitively since Black Ops 2, as well. In all those years, the only entry to the franchise that I’ve missed has been Ghosts, so if anyone knows how long it takes to get good at Call of Duty, it’s me.

Getting good at Call of Duty is going to take you between 50 and 100 hours of gameplay. You need to learn how to rotate around the map, how to control your weapon, how to communicate, and how to play the meta, all of which takes time.

The 50-100 hour benchmark is very subjective, and will change from person to person and what you define as ‘good’.

Keep reading and I will explain why the time getting good varies so much and how you can better in Call Of Duty as soon as possible.

Want the best controller for COD in the market? Grab a SCUF controller yourself and join the gaming revolution on Amazon here.

Why It Takes Long To Get Good At Call Of Duty

It took me playing every single game, bar one, all the way up to Advanced Warfare to be able to dominate any game I played, so we’re talking about years, not hours, if you want to be at the top of the leaderboards (which I was for Kill Confirmed in MW3).

That’s just me, though. Your gaming experience and skill set are going to change how long it takes you to get good at Call of Duty dramatically. If you’ve been a HALO player your entire life, it’s not going to take you very long to pick up the COD fundamentals compared to someone coming from Counter Strike, for example.

I played COD at a very high amateur level, to see if you have what it takes to become a professional gamer take a look at my blog post.

How Do I Get Good at Call of Duty Fast

If you want to get good at Call of Duty in the fastest amount of time possible, you’re going to need to be working on specific skills. You can’t just throw the game on and mindlessly shoot things if you’re trying to improve. Instead, I have a few tips that can allow you to optimize your playtime, ultimately getting better at the game faster.

Let’s dive into each of these tips a little more in-depth.

To this day, I can still remember the exact layout of the most popular competitive maps from every single game in the franchise. I could give you a 1:1 recreation of Favela from MW2, including every hiding spot and alley, purely from memory.

That’s not to say you need to do the same kind of memorization, but you do need to spend some time learning the maps. You’re going to pick up on this naturally as you play, but make a point of going into a private game and doing laps.

Learn How to Shoot

This isn’t CSGO. I’m not expecting you to memorize the bullet-for-bullet recoil pattern of your guns. What I do expect from you is the ability to snap onto your targets and to keep your sprays centered.

If your struggling with aiming and shooting with a controller see my post here to fix your aim.

Be Aware of Your Surroundings

This is something I only started picking up from competitive, but it’s vital if you want to get good at Call of Duty fast.

The mini-map is your best friend, so use it. Be aware of where your teammates are, where they’re dying, and where on the map you could get flanked from.

This is the single biggest tip I have for any of you looking to get better fast. By having more map awareness than your opponent, you’re going to dictate the pace of the game.

I’ll admit, this is something that the average COD player has gotten much better at since the release of Warzone. Back in the day, callouts used to be reserved for the competitive community. We needed to communicate with each other mid-game in a precise manner, meaning specific names were assigned to specific places on the map.

You need a great headset both to communicate with your teammates and hearing your emeries footsteps to get the jump on them. Grab a pair of Turtle Beach headsets for a bargain on Amazon here.

I don’t care if you think shotguns are the best thing since sliced bread. Not only would using them make you a scrub, in my eyes, but it’s also the best way to kill your ability to improve completely.

What good is it being able to perfectly kill someone at point-blank range when everyone on the map is using an assault rifle? You might do fine against casual players, but when you come up against someone good, you’re going to get smoked.

Learn what submachine gun and assault rifle classes the pros are using and copy them. Get good with the good guns; it’s a bit of a no-brainer.

Get the Right Equipment

I hate to break it to you, but getting good quickly can be a bit of a pay-to-win scenario. If I’m honest, simply buying yourself a Scuf controller and a BenQ 1ms monitor is going to instantly increase your ability to play far beyond any practice.

To see if SCUF controllers the controller’s controller trusted by 90% of e-sports pros are worth it see my article, grab yourself an affordable BenQ monitor gaming monitor from Amazon here that is guaranteed to improve your game.

This is standard equipment in the competitive world, so by bringing it to your level, you’re going to have a natural leg up on the competition.

The difference between a player with a Scuf, a good monitor, a good set of Astros, a gaming chair, and good internet versus the guy down the road playing off of the McDonalds Wifi is astronomical.

So, to sum it all up, buy the right gear, play in the right way, and you’re going to get better in no time.