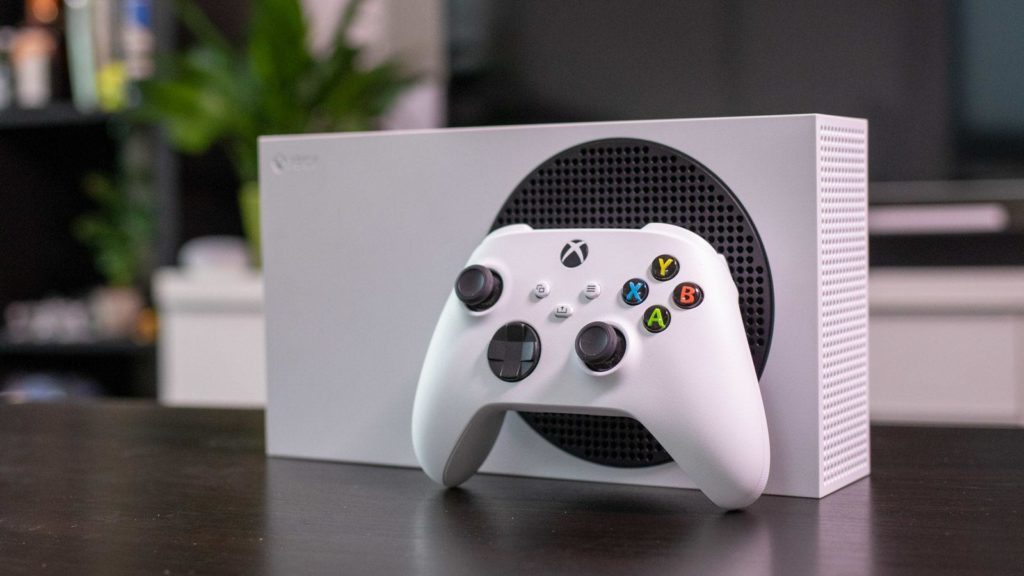 I bought the Series S on launch day back on November 10, 2020. First, I sold it to make funds for traveling the world, and then I repurchased it for around $456, roughly double the launch price.

I understand Series S what it is and what it isn’t. This article is a deep dive into all the Series S issues and what makes the console great. So keep reading to know if it’s worth buying.

The Series X 12 TFLOPS CPU underpowers the Series S 4 TFLOPS CPU, but it is still worth it. The difference is the Series S targets 1440p 120 FPS while the Series X targets 4k 120FPS, and it has 512 GB compared to 1TB of storage. As a result, the Series S is a portable yet powerful digital-only console that does almost everything the Series X can do at a great price point.

Unlike the Series X, the Series S can be bought for an affordable price take a look at the best price on eBay here.

There is little reason to buy a Series X over the S if you don’t have a 4K TV aside from the storage difference and not playing disc games.

Still, it’s important to understand the whole picture before spending hard-earned cash. This article will give you a complete overview of the reasons.

If you consider buying a PS5 over a Series S, take a look at my below video of the five reasons a Series X/S is better.

5 Reasons To Buy A Series S

The Series S Is Next Gen At A Fantastic Price Point

We all know how difficult scalpers have made getting a next-generation console. The Xbox Series X and PS5 are still being sold more than double their retail price; even one year after launch, there is no sign of this changing anytime soon.

The Series S, the least powerful next-generation console, has escaped the scalper’s attention. I’m looking at eBay right now. One Xbox Series S sold for $258, used $41 less than the original launch price of $299.

If you want next-generation features like lightning-fast load times, quick resume, 120 FPS ray-tracing, the Series S is the easiest way to get into next-generation without breaking the bank.

The main difference between the Series S and Series X is that the GPU responsible for making graphics is roughly 1/3rd as powerful it has 4 TLOPS compared to 12 FLOPS.

At a bargain price point, you still get 120 FPS which is amazing in itself see the complete list of supported games here. You get ray-tracing which is a lighting technology that makes shadows and lights more realistic a feature normally reserved for gaming PCs.

The stand-out feature of next-gen is the loading times the Xbox Series S Custom NVME SSD is the same as the Series S; EVERYTHING loads instantly. However, it sometimes loads games too fast. So if you’re playing a game with helpful loading screen tips like Resident Evil 3, you won’t be able to read it. These changes will affect every game you play, not just games optimized for the next generation.

Curious if you need to repurchase Xbox One games for the Series S? Consider reading my article to know the truth.

The Series S Is SUPER Portable

The PS5 is a MONSTER compared to it (see the above video). The only reason I bought it again on Amazon Brazil is it’s so light & compact I can easily fit it in my backpack. Its width is 2 Xbox controllers, the only way I could travel with a Series X or PS5 is with a suitcase.

Even if you play at home and portability isn’t a big thing for you, you still need to recognize how convenient it is to pick it up in one hand!

ANYONE who travels a lot for business or moves their consoles to play at their friend’s house or a family who wants a home console-worthy system on the Go, PLEASE do yourself a favor and buy this beautiful machine from eBay. You won’t regret it.

Do you know how long you can leave your Xbox without damage? To learn for sure, you can read my post.

The Series S Is The Best Looking Next-Generation Console

A problem the Series X has is that it isn’t beautiful. It’s a boring black box, I love the futuristic design of the PS5, but the Series S is the best-looking next-generation console.

The Series S is beautiful, standing upright. Or on its side. Its black fan makes it look like a futuristic speaker. It’s a rare combination of gorgeous design with fantastic engineering; Microsoft should be proud.

You already know my opinion. I 100% think you should buy the Series S, but I need to balance this article, so here are some of the console’s issues.

Reasons To Not Buy A Series S

The Series S Has Little Storage

The Series S only has 364GB of usable storage compared to the Series X 802GB. 364GB is enough for around 8 AAA games as the Xbox NVME SDD technology shrinks game file size Halo Infinite is only 36.7 GB.

I think 8 AAA games are fine for most people, although if you play 15 to 20 games (I don’t know why you would), you might have an issue.

I currently have 14 games on my Series S with 10.9 GB free, although a few of them are only 4.5G like The Walking Dead game, and Xbox 360 games like Deadspace will be around 11 GB.

You might ask, “Can’t you just buy external storage?” Unfortunately, the answer is a little complicated. You CANNOT play optimized Series X/s games on an external hard drive.

You play optimized games with this 1 TB Seagate Expansion Card on Amazon, but it isn’t cheap, costing around $219, making it a bad option for most people.

A good workaround is buying a fast USB 3.0 hard drive from Amazon. Please take a look at the best options on Amazon here and store Xbox optimized games on the hard drive, and move the games to the Series S internal storage when you want to play them.

It only takes around 10 minutes to play another game which is much faster than deleting & reinstalling another game, especially when you have slow internet.

The Series S GPU is Underpowered

The Series S weaker GPU is the biggest problem over the Series X.

The difference in graphical bandwidth between both consoles with the Series S GPU being roughly 1/3rd as powerful as the series X.

However, Microsoft has made strong strides to fix these issues with the “FPS boost,” a feature that nearly doubles the actual frame rates of selected titles, making games smoother causing the gameplay to be more immersive. Take a look at the FPS boosted titles here.

You will see only a few games like Dying Light are only boosted for the Series X. The VAST majority are enabled for Series X and S.

I think a lot of the issues surrounding the Series S GPU are overblown Call Of Duty Cold War on my 2016 4K HDR Samsung TV looked AMAZING on the Series S. If you’re playing older games like the Witcher 3, you won’t even notice a difference between 1440p and 4K on an HDR TV.

For a deeper dive into the Xbox Series X/S CPUs/GPUs and the equivalent PC build, please read my detailed article.

The Series S Is A Digitial Only Console

Sadly you cannot play your beloved collection of Xbox One disc games or watch Blue-ray movies on your Series S as it doesn’t have a disc drive.

Owning physical games DOES NOT give you access to the digital version. Learn more in my article.

Is this a problem? I don’t think so.

Game Pass is the best deal in gaming; I’m sure you already know it, but if not for $9/99/month, you have a Netflix games subscription service where you can play & download 100+ games and get access to AAA Xbox games like Halo Infinite on launch day.

Rebuying the Xbox Series S and having ALL the games I purchased beforehand was cool. After that, I needed to download them, and I was ready to play. Even better, all your saves are attached to your account, allowing you to play where you left off.

You need to understand that Series S is a game pass console, the Microsoft Store regularly has 50% discounts for games not on Game Pass, and CD keys regularly have sales for Xbox games.

I bought Resident Evil Village digitally for £27.99. Unlike buying physically, I will always have access to the game.