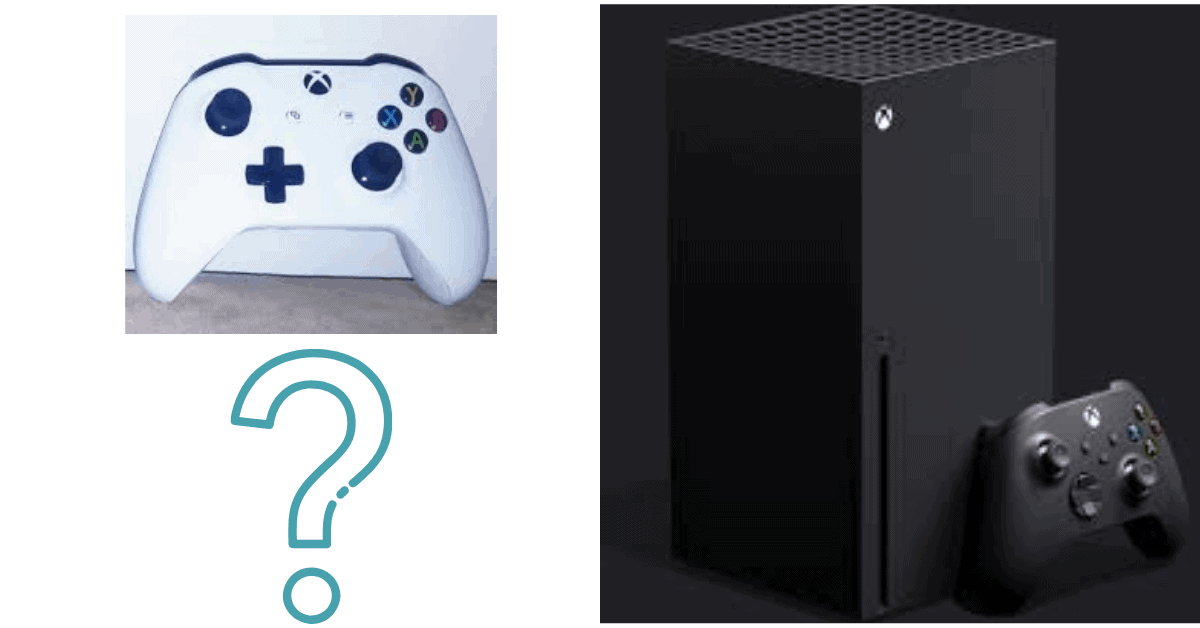 I’m sure your super excited for the upcoming Xbox Series X console that is releasing someday this year in the holiday 2020 season! But will all your Xbox One controller work with the new console? I decided to find this out so I can answer you.

The Xbox Series X is Microsoft attempt at creating a full console ecosystem where everything you buy will be usable in the future and the older consoles can use the new accessories which is amazing.

I will discuss more Microsoft’s attempt at backwards and forwards compatibility and what it means for gaming.

Microsoft has the idea of One Console, Four Generations of Gaming which promises the Xbox Series X to be fully backwards compatible across all four generations of the Xbox platforms, to deliver back to all the fans who invested in the Xbox ecosystem.

This means that all the previous Xbox generation backwards-compatible games(see the list here) will all be playable on the new console! Not only this, as all games will play and look better than ever before; with improved resolution & visual fidelity, better frame rates and faster load times.

All Xbox One gaming accessories controllers or otherwise will be ready to connect to the Xbox Series X at launch in the holiday 2020 season. All your Xbox Game Pass games will carry over with achievements & game saves across all your devices.

So, if you buy Halo Infinite on Xbox One because of smart delivery you will already have the copy of Halo Infinite on the Xbox Series X! Cool right? This feature is available for all developers, but it’s up to them if they choose to use it for titles that will be playable on both platforms. Hopefully, a lot use the feature as it’s very consumer-friendly and who doesn’t want that?

The Xbox Game Pass is the best deal in gaming(see more about it here) and into the Xbox Series X, it will continue to have all of Microsoft’s first-party games such as HellBlade 2 & Halo Infinite.

Considering how expensive next generations games are likely to be, having such a rich and varied library of excellent quality games is Microsoft’s big weapon over Sony. You genuinely never need to buy another game again!.

Historically Xbox controllers have always been better than their PlayStation equivalents, and Microsoft is not changing the winning formula too much for the controller design. All the main features like rumble triggers and bumpers are the same aside from some important tweaks.

Microsoft has stated the controllers “size and shape have been refined to accommodate an even wider range of people” as it’s slightly smaller than before as the Xbox One controller was quite large.

The biggest change is a dedicated share button like the Dualshock 4 which easily allows you to upload screenshots and record video clips. The D-pad has been altered from a cross shape to a circle style similar to the elite controllers. The new console will come packaged with the Xbox Series X consoles.

What Can You Expect From Xbox Series X Generation?

The next generation of consoles is looking to be ridiculously powerful, with Project xCloud (read about it here)potentially changing the gaming world forever with the ability to play console games anywhere as you only need a mobile phone.

This next generational leap will be huge with the improvement in processing and graphics power which will lead to higher frame rates, larger more complicated game worlds and truly immerse experience, unlike anything we’ve seen in console gaming!

The Xbox Series X will have Variable Rate Shading(VRS) which allows developers to efficiently utilise the full power of the console, instead of using GPU cycles equally across every pixel, they can prioritise individual effects wh nit matters on game characters or important environmental objects that you will react with.

This allows way higher frame rates with higher resolution, without any bad impact on the final image quality of the game; a win-win.

Dynamic and realistic environments will shine with the new power, and the Series X’s Hardware-accelerated DirectX Raytracing is a first for console gaming. You will see life-like lighting, accurate reflections and realistic acoustics as you explore the game world.

Microsoft listens to the fans and understood that very low latency and less waiting times is everything players want, with making the process between controller to console to display as fine-tuned as possible.

The SDD storage makes nearly every aspect of playing games improved. Game worlds are larger, more dynamic and loading speeds are rapid and fast travel is just as rapid.

The new Quick Resume feature allows you to resume playing from exactly where you left in multiple games instantly. There is no need to wait through lengthy loading screens like back in the day.

Controller latency is the time it takes for your controller inputs to register in the game and the new Dynamic Latency Input (DLI) is optimised with the new Xbox Wireless Controller. This uses high bandwidth the latest in proprietary wireless communication whilst connected to the controller.

The new system synchronizes input with what is displayed making controllers from precise and responsible than ever.

The Xbox Series X will have the latest in HDMI 2.1 Innovation as Microsoft has partnered with the HDMI forum and various TV manufacturers to give the best gaming experience possible via features such as Auto Low Latency Mode (ALLM) and Variable Refresh Rate (VRR)

ALLM allows the Xbox to automatically connect to the lowest latest mode. Whilst VRR syncs your TV display refresh rate to the games refresh rate, which maintains beautiful visuals without screen tearing. This ensures the least lag and most responsive gaming experience possible.

Lastly, the Xbox Series X can support up to 120fps! This allows developers to bypass the standard 60 fps output for faster-paced action and heightened realism. This announcement is amazing as 120 fps on consoles will look simply gorgeous.

How Much Will The Xbox Series X Cost?

Judging from the head of Xbox Phil Spencers comments where he mentions in an interview with the website Verge that Microsoft has learned from “the Xbox One generation is we(they) will not be out of position on power or price”.