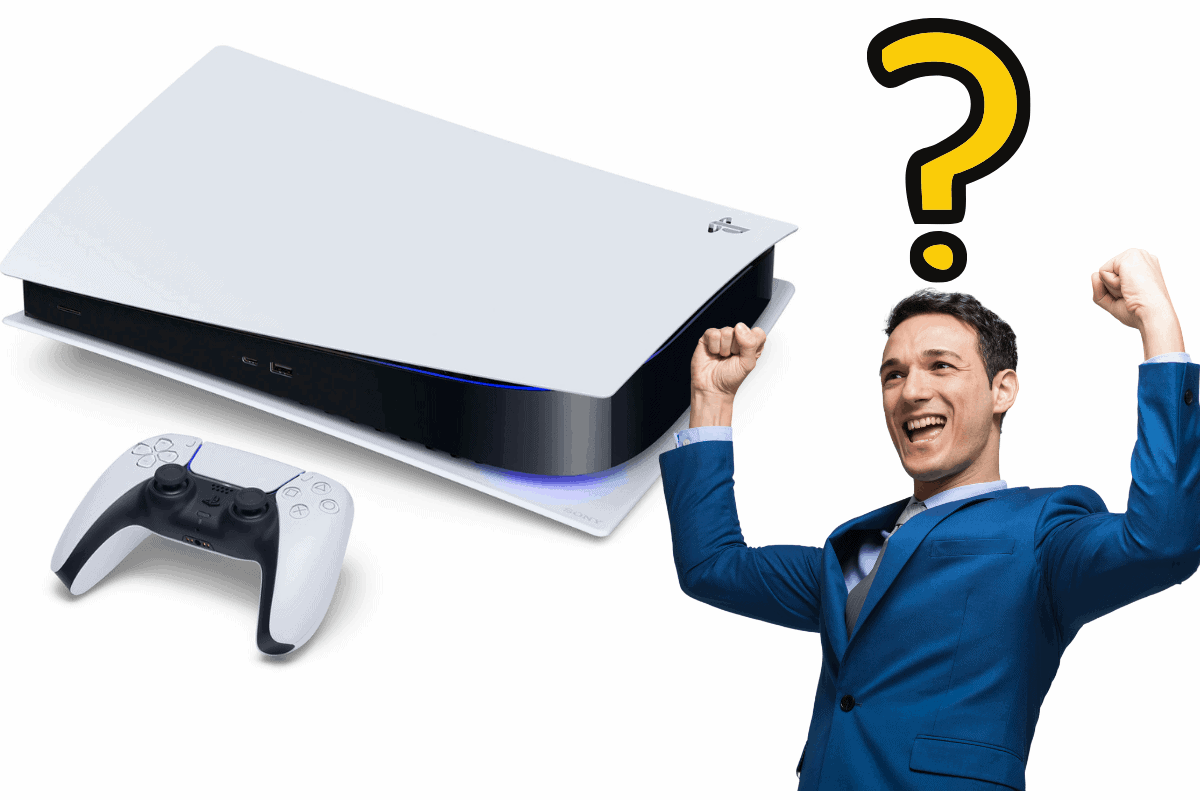 A new console generation dawns upon us, and with Microsoft becoming increasingly competitive and PCs becoming ever so stronger, the question remains: will the PS5 manage to be successful? Can this highly-anticipated console outsell its predecessors, or will the Xbox Series X and S have it struggle to do so?

The PS5 will be successful, the PS5 has 10.28 TFLOPs of power with a advanced NVME SSD. The DualSense has haptic feedback technology. Sony has excellent first-party developers who will continue delivering AAA games that will make sense of the consoles hardware and the Dual sense haptic feedback

I will explain why the PS5 will be succesful in detail, and if it’s worth getting a PS5. Read on to find out!

This is the life I’m living right now, all thanks to Project 24.

It’s a course packed full of different courses that teaches you EVERYTHING you need to know about becoming free by starting an online business, with tons of testimonials on YouTube, plus an exclusive community, weekly podcasts, and much much more. I recommend it to everyone I know.

Get access to Project 24 here, it is the best money you will EVER spend trust me on this.

Project 24 It Changed My Life & Will Do The Same For You!

Still undecided about PS5? Be the envy of all your friends and get the PS5 for the best price on Amazon right here, whilst stocks last,I hope you get lucky!

Treat Yourself To The PS5 Be The Envy Of Everyone!

Will PS5 Be A Success For Sony?

With more and more people getting into gaming, the chances of the PS5 outselling the PS4 is high. Whether it will manage to outsell the best-selling console of all time, the PS2, remains to be seen. Even if it doesn’t, that won’t change the fact that Sony’s next-gen console is almost surely going to be a huge success.

To see why the PS4 is outdated compared to the PS5 check out my post here.

The console is already off to a decent start when it comes to games. A remake of the PS3 classic, Demon’s Souls, is already out, and so is Sackboy: A Big Adventure – a cute 3D platformer part of the LittleBigPlanet franchise.

Astro’s Playroom comes free on every PS5 console and does a great job of showcasing the cool new features of the PS5 DualSense wireless controller: haptic feedback and adaptive triggers. Marvel’s Spider-Man: Miles Morales is also out, though that one’s available on PS4 too.

Sony has plenty of great developers working on a number of different games that will prove vital to the PS5’s success. Sony Santa Monica is hard at work on getting a sequel to God of War out in 2021 while Guerilla Games is also aiming for a 2021 release for their absolutely stunning action RPG: Horizon Forbidden West.

Polyphony Digital is preparing a beautiful new racing game in the Gran Turismo series and we already saw how impressive Ratchet & Clank: A Rift Apart looks like and how it’ll make use of the new hardware.

These are just some of the many PS5 exclusives we’ll likely get to see throughout its lifetime. If Sony’s developers can continue delivering superb games, then there’s no doubt that this next-gen console will be successful.

Why PS5 Is worth getting?

PS5 is a huge improvement over the PS4, it’s processor and graphics engine is more than twice as powerful, and the PS5 uses a solid-state drive instead of a hard drive which makes load times super quick. Sony first-party developers will continue to deliver amazing exclusives for the PS5.

Despite some missing features on launch which will hopefully get added in future updates, the PS5 will be worth getting because at the end of the day, it’s the games that matter.

The console will surely get great games, both multi-platform and exclusives, as time goes on. I still think it’s worth getting now, as it will TRANSFORM your PS4 library and improve visuals and performance for all your games.

The DualSense wireless controller is a joy to use, and the haptic feedback and adaptive triggers it comes with are truly amazing. We’ll have to wait and see how many games will actually make full use of these features, as the DualShock 4 touchpad was criminal underused by developers.

When it comes to battery life, the DualSense manages to last a few hours longer compared to the DualShock 4 – this does however depend on what games you’re playing and how much of the controller features are being utilized. Whatever the case, the battery life is now much better and the option to use the controller wired is also available.

When it comes to backwards compatibility you can play just about any PS4 game on the PS5, most of which should also run much better than on the PS4.

To see if the digital games you bought on PS4 carry over to PS5 please check my post here, . Some PS3 and PS2 games can be played on the PS5, but only via PlayStation Now, Sony’s cloud streaming service that costs $9.99/month.

Even though the PS5 comes with a custom 825GB SSD, you actually only get to use 667GB, and compared to the Xbox Series X, the SSD is not that special as Sony hyped it up to be, but it’s early days so we may see the full potential of it in the future. Despite longer load times compared to its rival, it is still quite fast so you won’t have to wait as much as you used to on the PS4 and PS4 Pro.

There is an empty NVMe SSD slot but it is not available for use on launch. Hopefully Sony will enable it in the near future and thus allow gamers to easily upgrade their storage; until then plugging in an external HDD or SSD via USB to get more space is a doable option, though of course the loading times will be way longer that way.

Thanks to the fantastic hardware inside the console, the PS5 comes with ray-tracing support, as well as support for 4K/120fps via HDMI 2.1 on launch.

In the future, the PS5 will supposedly even support 8K. Some or most games will also let you choose between Performance Mode and Resolution Mode (you may see the Resolution Mode also get called Quality Mode and other names).

It’ll be exciting to see what game developers do with the new features at their disposal, but as time goes on, the PS5 should end up becoming a console that is absolutely worth getting, packed with beautiful and fun exclusives, timed exclusives and multiplatform games with smooth gameplay and quick loading times.