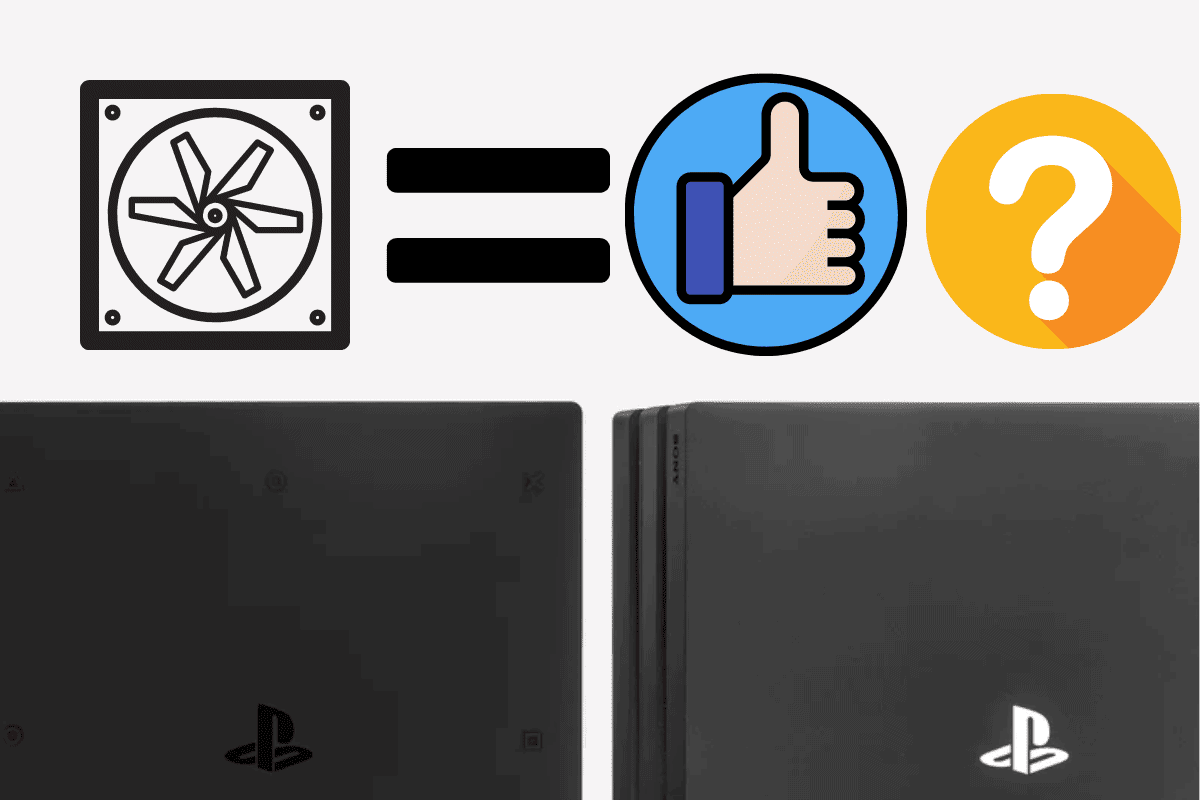 Is your PS4 running very hot or very loud, are you wondering whether getting PS4 cooling fans is worth it? I will explain if they are worth getting and if it helps the PS4 run better.

For your PS4 to have a long lifespan a PS4 cooling fan is worth it. The PS4 is a warm console so cooling fans reduce the fan noise for demanding games and increase the longevity of the PS4.

Get the BEST PS4 accessories only on Amazon here.

Why Not Treat Yourself To Amazing PS4 Accessories?

How Does PS4 Cooling Fan Work?

A PS4 cooling fan works by placing it at the back of the console from where the heat goes out in order for the cooling fan to help get the heat out faster. This should help reduce the PS4 temperature, and may also lower noise.

How about keeping your PS4 vertical and stay cool whilst charging two controllers? Sounds crazy right!

Well, you can! The fantastic ECHAM Vertical Stand for PS4 Slim /PS4 on Amazon does exactly that, having your PS4/PS4 Pro stand up and keep two controllers charged, it’s a win-win.

Does your PS4 get hot? See my post here on how to cool down your PS4.

If your PS4 Pro does not suffer from overheating, then you most likely don’t need an external cooling fan.

The PS4 Pro has a better cooling system than the regular PS4. While getting an additional cooling fan may potentially help prolong the life of your PS4 Pro, if the console hasn’t shut down from overheating then you probably don’t need to worry about having an external fan lower the heat.

To see what can go wrong with your PS4 Pro and how to prevent bad things happening, check out my post here.

What Are The Best PS4 Cooling Fans?

If you have the regular PS4 and prefer keeping it in a horizontal position, then the LinkStyle PS4 Cooling fan is the 5-fan cooler you’re looking for. It includes 2 larger fans, and 3 smaller ones. Placed at the back of the console and connected easily via USB, this cooling solution lets you alternate between 3 different cooling modes: Normal, Turbo and Automatic.

Normal mode is for regular, not too-intensive titles; Turbo is good for the epic, demanding games such as Red Dead Redemption 2 while Automatic mode basically turns the fans on and off depending on how hot the PS4 is. If the temperature is over 38*C (100.4*F) then the fans will automatically turn on; if it’s below, then they’ll turn off.

Sadly this won’t fit with the PS4 Slim, but a PS4 Pro version is available.

Those looking to save space by placing their PS4 vertically should definitely check out this vertical cooling stand from OIVO. It supports PS4 Pro, PS4 Slim and the regular PS4 model.

There are 2 cooling fans used to cool down your PS4, but there’s also a galvanized metal bottom instead of the usual plastic base is seen in other vertical cooling stands, making this vertical stand provide better cooling than the rest.

Not only are you provided with a cooling system designed to lower the noise to possibly 50dB at the lowest, but there are also 2 EXT charging ports for your controllers. Instead of taking 4 hours to charge, the EXT ports should make it so charging lasts just about 2 hours. There are also really nice LED indicators to let you know when the controllers have fully charged.

This Kootek Vertical Stand is another great stand that not only supports the regular PS4 model, but the PS4 Pro and Slim models too. To use it for your PS4 or PS4 Pro you’ll have to remove the Slim clip.

The vertical stand comes with 3 cooling fans and many other useful features. There are 3 additional USB ports, as well as a dual charging station for your DualShock 4 Wireless controllers.

The dual charging station comes with indicator lights so you’ll know when your controllers are fully charged. Unfortunately, the vertical stand stops working when the PS4 is in rest mode or completely shut down, so you’ll need to keep the console on in order to continue charging controllers.

Coupled with a games holder that has 12 slots to place your games in, if you’d like to get more than just a cooling solution, then the Kootek Vertical Stand is a great choice.

If you’re a PlayStation VR user, then you may want to check out this one down below.

If you’re looking for a vertical cooling stand that also acts as a great PSVR stand, then look no further – the KJH vertical stand is what you’re looking for. Whether you have the PSVR CUH-ZVR1 or the ZVR2 processing unit, you won’t have any problems fitting it in the slot. The VR headset can be placed on the pole in the middle, while the hook attached to it can be used for hanging your headphones.

While it may not have a games holder like the other two vertical stands do, this is still a great choice for those who want not only additional cooling fans to keep the console running nicely but also a PSVR stand to save up space on the desk.